A study published this week in the journal Frontiers in Zoology suggests that dogs choose to relieve themselves along a north-south axis in line with Earth’s magnetic field. The research was carried out by a team of Czech and German scientists. 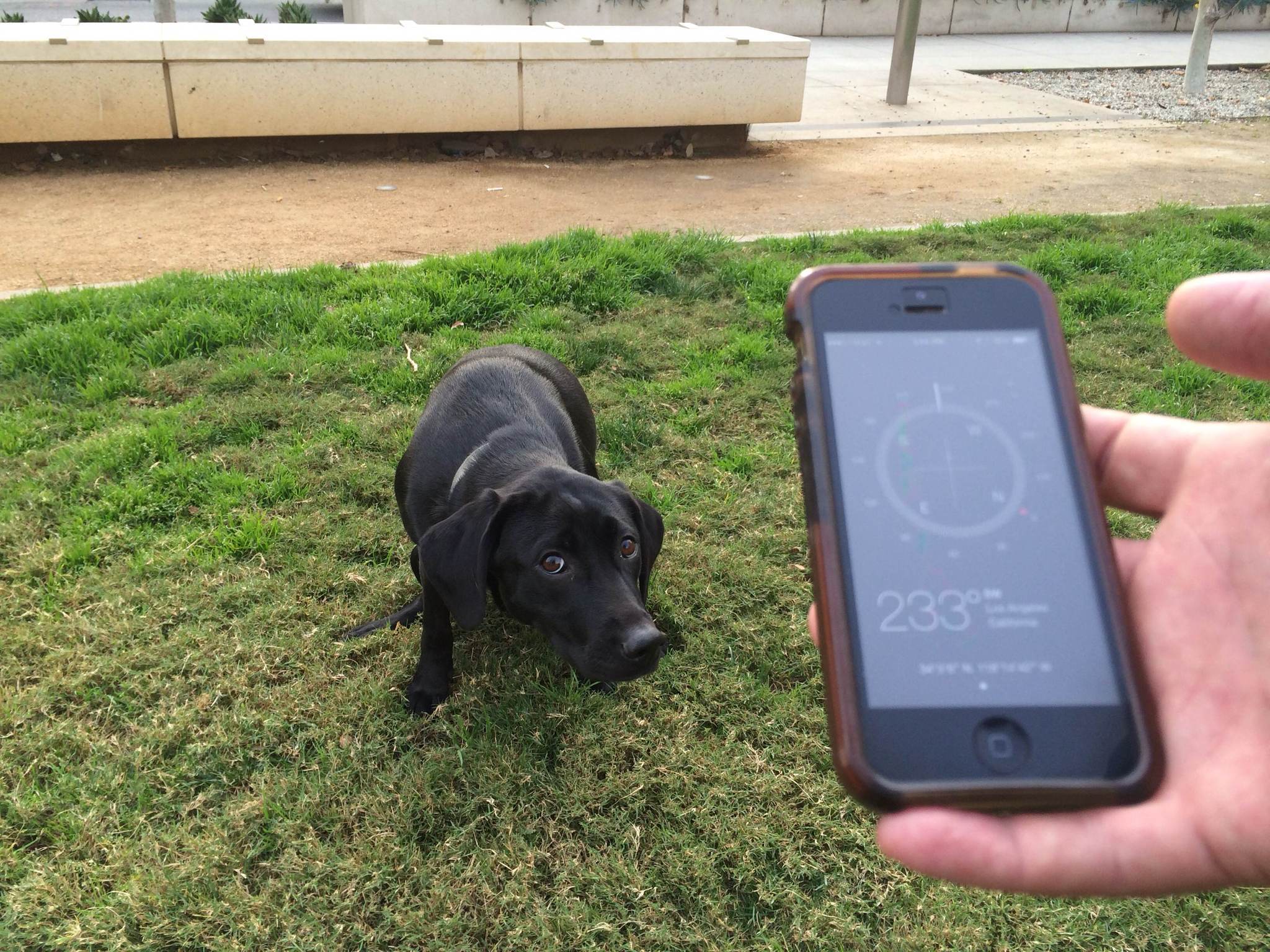 “Dogs are sensitive to small variations of the Earth’s magnetic field,” said the research team. “Dogs preferred to excrete with the body being aligned along the North-south axis” rather than the East-west axis.

The study examined the daily habits of 70 dogs during 1,893 defecations and 5,582 urinations over the course of two years. Consistently, during times of calm electromagnetic 'weather' - the dogs chose to eliminate while facing north or south.

As to why the dogs prefer to poop facing north or south rather than east or west, that’s still a mystery.

“It is still enigmatic why the dogs do align at all, whether they do it ‘consciously’ (i.e., whether the magnetic field is sensorial perceived (the dogs ‘see,’ ‘hear’ or ‘smell’ the compass direction or perceive it as a haptic stimulus) or whether its reception is controlled on the vegetative level (they ‘feel better/more comfortable or worse/less comfortable’ in a certain direction),” said researchers

“Our analysis of the raw data (not shown here) indicates that dogs not only prefer N-S direction, but at the same time they also avoid E-W direction.”

The dogs did not exhibit the preference, however, when they were being walked on leashes. It was only when left to their own devices that they expressed the preference.

Email ThisBlogThis!Share to TwitterShare to FacebookShare to Pinterest
Labels: Research