If the dog looks unfriendly; if its owner declines to let you touch the pet; or if it doesn’t approach to sniff you, stop and walk slowly away.

Autism in the family: Can dogs help?

Dogs for the Disabled, the National Autistic Society and the University of Lincoln have completed a three year study, funded by the Big Lottery, looking at the benefits that dogs bring to families with children with autism. This is the largest study of its kind ever undertaken.

The results are being presented for the first time at a conference being held on 20 June in London. If you work in the field of autism and are interested in attending, you can access the conference programme and registration information on the PAWS website. 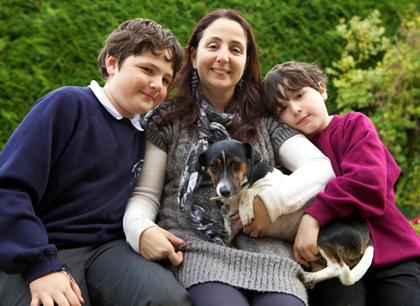 Benson the dog is showing the teachers at Lake Illawarra High School a thing or two about classroom management!

Since the 2yr old golden labrador enrolled at the start of the year, he has helped reduce truancy and bullying and increase respect and responsibility among the school's special needs students - and he doesn't even need to lift a paw...


"He just comes into class each day, picks the kids he wants to sit with and just settles down," support unit head teacher Martin Moore said. "He doesn't need to do anything - just having a dog in the classroom has a calming influence on the students.They just continue on with their work with him by their side, maybe stopping to give him a pat or a scratch occasionally.He doesn't judge students or reprimand them if they're angry or frustrated but he just instantly seems to have a positive effect on their mood."
Lake Illawarra is the first school in the country to have an assistance dog and Mr Moore said he'd encourage other schools to take their lead.
"We got Benson to work with students in our support unit who have mild to moderate intellectual disabilities or emotional disturbances," Mr Moore said.
"We had been looking for a way to reduce truancy, increase motivation and reduce anxiety among these kids and through our research we discovered a US school district which had had great success with using dogs in the classroom. Since Benson has started, there's been a noticeable difference in the classrooms of our support unit - there's been an increase in attendance and positive incidents such as students helping each other. And there's been a drop in negative incidents like bullying and minor violence."
The school obtained Benson from Assistance Dogs Australia, which is based in Heathcote and provides assistance dogs for people with a range of intellectual and physical disabilities.

Society for the Promotion of Applied Research in Canine Science

If you're interested in canine science, this is THE event to put in your calendar for 2013. You can join in from ANYWHERE in the world for FREE:  http://caninescience.info/ via Society for the Promotion of Applied Research in Canine Science 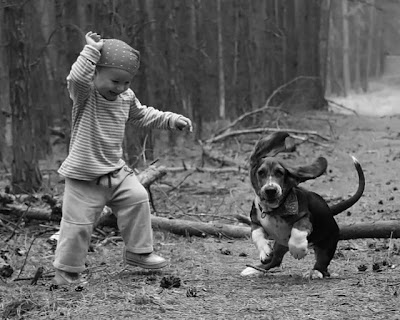 Countless Australians risk their lives to save animals during bushfires and floods - why do they do it?

A PhD Scholarship is available on the ARC DECRA Project ‘Should I stay or should I go? Increasing natural disaster preparedness and survival through animal attachment’ to work with principle supervisor Dr Kirrilly Thompson who is based in the Adelaide Campus of Central Queensland University.


Countless Australians risk their lives to save animals during bushfires and floods. Many die. Animal attachment theories explain this heroic but self-destructive behaviour. However, they have not been extended to prevent it. What if the risk in wanting to save animals was also an untapped protective opportunity? 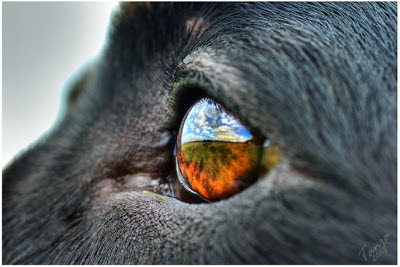 This project will determine how people’s motivation to save animals during natural disasters could be used to increase preparedness and improve survival. By interviewing and surveying survivors of natural disasters about the impact of animals on their emergency behaviour, this innovative project will develop effective public health campaigns to improve natural disaster preparedness and save Australian lives. The project commences in 2013. For further details, click here. [pdf]
Posted by Rosie at 20:02 No comments:

Domestic dogs are much more likely to steal food when they think nobody can see them, suggesting for the first time that dogs are capable of understanding a human’s point of view.

Many dog owners think their pets are clever or that they understand humans but, until now, this has not been tested by science.

Dr Juliane Kaminski, of the University of Portsmouth’s Department of Psychology, has shown that when a human forbids a dog from taking food, dogs are four times more likely to disobey in a dark room than a lit room, suggesting they take into account what the human can or cannot see.

This is the first study to examine if dogs differentiate between different levels of light when they are developing strategies on whether to steal food. It’s published in the Journal of Animal Cognition.

Dr Kaminski said: “Humans constantly attribute certain qualities and emotions to other living things. We know that our own dog is clever or sensitive, but that’s us thinking, not them.”

“These results suggest humans might be right, where dogs are concerned, but we still can’t be completely sure if the results mean dogs have a truly flexible understanding of the mind and others’ minds. It has always been assumed only humans had this ability.”

Owning a Dog Is Linked to Reduced Heart Risk

American Heart Association, the nation’s largest cardiovascular health organization has a new message for Americans: "owning a dog may protect you from heart disease."

The new report reviewed dozens of studies, and over all it seemed clear that pet owners, especially those with dogs, the focus of most of the studies, were in better health than people without pets.


“Several studies showed that dogs decreased the body’s reaction to stress, with a decrease in heart rate, blood pressure and adrenaline-like hormone release when a pet is present as opposed to when a pet is not present,” Dr. Levine said.
Pet owners also tended to report greater amounts of physical activity, and modestly lower cholesterol and triglyceride levels. Some research showed that people who had pets of any kind were also more likely to survive heart attacks. 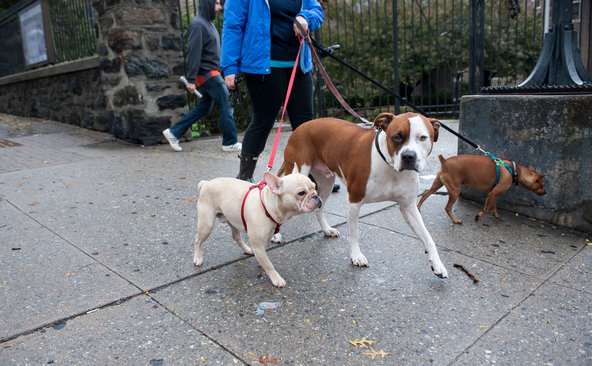