The Number of Research Labs Studying 'Cognition in Domestic Dogs' is Increasing
"Cognitive scientists once spurned the dog as too domesticated to study. But now many are leaping at the chance to use man's best friend to help understand how social cognition evolved."

Going to the Dogs - Virginia Morell 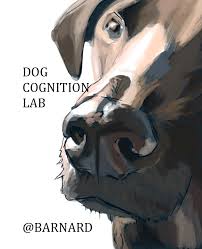 Their special relationship with humans is also seen as worthy of study in its own right; some researchers see Canis familiaris as a case of convergent evolution with humans because we share some similar behavioral traits. And because all dogs are descended from gray wolves (C. lupus), they can reveal how domestication has altered a species' mental processes, enabling the dog to survive in its new habitat, the human home.

Some researchers even think that dogs may teach us more about the evolution of some aspects of our social mind than can our closest kin, the chimpanzee, because Fido is so adept at reading and responding to human communication cues. But not everyone agrees, arguing that the skills dogs share with humans are a matter of learning rather than evolutionary change.
: 28 Aug 2009,SCIENCE, 325:1062-1065